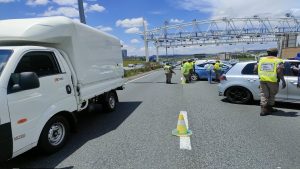 The Organisation Undoing Tax Abuse (OUTA) has called on motorists to continue following the rules of the road despite the Administrative Adjudication of Road Traffic Offences Amendment (AARTO) Act having been declared unlawful.

The Pretoria High Court has declared the AARTO Act and the AARTO Amendment Act invalid and unconstitutional.

The court ruled in favour of OUTA, saying the proposed traffic legislation unlawfully intrudes on the exclusive executive and legislative competence of local and provincial governments, preventing them from regulating their own affairs.

One of the key features of AARTO is the points demerit system.

“This doesn’t mean that all of a sudden people can drive however they want and it does not promote lawlessness. The crimes are still there, and you can’t drive recklessly and negligently. You can’t park wherever you want. We still need legislation in this country that the department can administer, that is rational and that is fit for purpose. They thought that Aarto would curb road deaths and it would promote road safety and it is an elaborate administrative system that right from the start, I think, was just impractical.”

The Democratic Alliance (DA) has hailed the High Court in Pretoria’s decision to declare the AARTO acts unconstitutional and invalid.

The points demerit system, which was expected to come into effect from the 1st of July, would have seen drivers accrue demerit points for each transgression.

On exceeding the 15-point threshold, their driving licences may have been suspended.

The DA’s Chris Hunsinger says the Act would have been devastating for the public and business.

“The DA welcomes the decision by the High Court to declare the AARTO Act unconstitutional and invalid. For years, the DA has constantly maintained that the Act infringed on road users’ rights to administrative justice due to the demerit system.”

Meanwhile, some South Africans have responded to the ruling: “We welcome the decision by the High Court to pronounce that the demerit system is unconstitutional. This will go a long way to benefit all South Africans. This shows that the judiciary of our country is at work, said one .”

“The AARTO judgement is a very progressive ruling because it asks government to go back to the drawing board.”

Reacting to the court ruling, OUTA CEO Wayne Duvenage, says this is a big win for civil society: